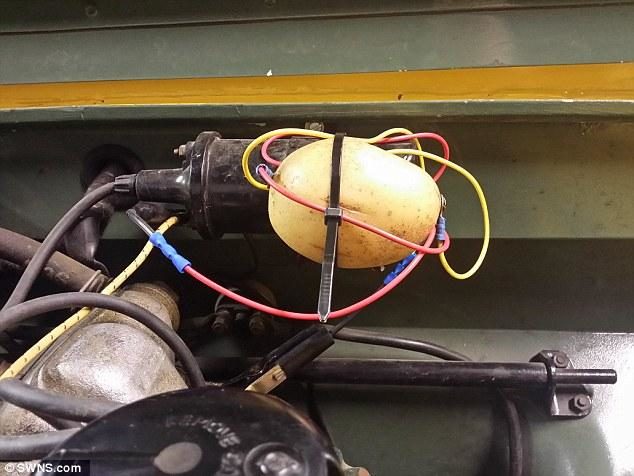 Just like the WegenWacht in our country has engineers along the road as helper-in-need, so does Great Britain. From the AA - Automobile Association - and the RAC, the Royal Automobile Club. Recently Mario Papdemetriou, 'roadside officer' at the AA, delivered a strong example and received a special inventor award for this.

He was called in for assistance on a farm near Potters Bar where a farmer couldn't get his gas-fired Land Rover from 1964 to work anymore. The trammelant turned out to be caused by a defective capacitor so that no 'spark' can be made anymore and the engine can no longer get started. When 'Super Mario' did not go - after finding out - to work with silver paper, tape and silicone, but unfortunately, no 'music'.

There is of course everything to be found on a farm and so his eyes fell on a potato. Pull a few wires, connect with screws to that potato, start and Woooo monkey, there the engine ran ... The potato functioned as a capacitor. As a precaution, 'Super Mario' drove behind the Land Rover heading for his garage - a ride of almost 20 kilometers - and arrived there safely. The Land Rover owner stated there that the engine of his Land Rover had never run so well ... How does a capacitor in the ignition work or what purpose? Well, that part actually has three - in the simple explained - functions. The capacitor absorbs the induction current surge so that there is no spark between the contact points. Without the capacitor, they would burn in rapidly. With the induction of the coil, the capacitor generates an alternating current in the coil, making it act as a kind of transformer, and the capacitor ensures the highest possible induction voltage, which in turn causes a strong spark on the spark plug electrodes. The potato connected to the ignition coil and the mass then absorbs part of the high voltage and then provides an acceptable spark to the spark plugs. 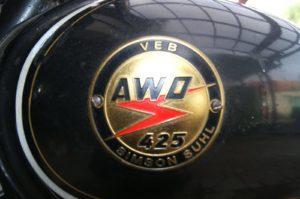 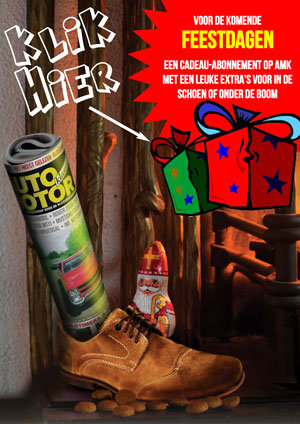