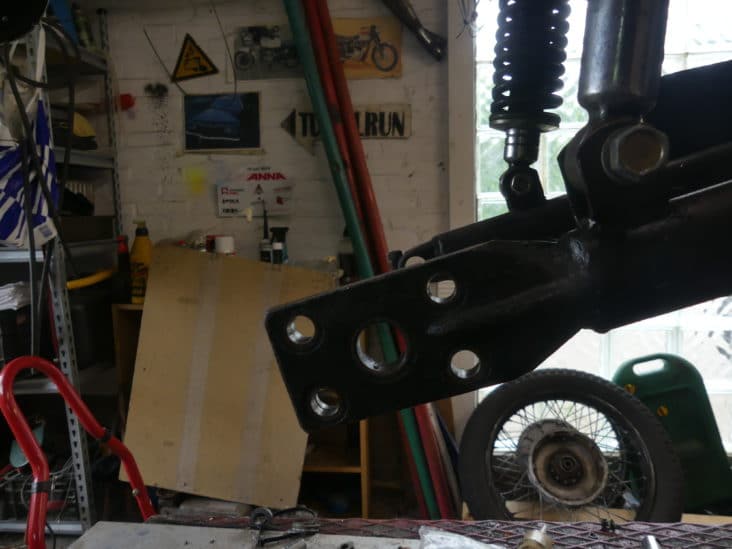 The Ural needs fresh wiring. That is something with a meter or two of wire, four ANP plugs, an hour of work and a cigar. My back thinks differently now. So it would be easiest to remove the box and put the hybrid (it contains a 750 cc KMZ/Dnepr side valve block) and the thing on the bridge. But my back doesn't think it's a good plan to disassemble the third wheel either. And on the bridge is the Chang….

So I'll wait with the Ural until the gnomes or an acquaintance do the wiring for me. And I'll just continue with the Chang. A good idem must be made of two cardan bells – among other things. I usually don't fix anything on my Russians, Ukrainians and my Chinese. Replacement is easier and cheaper. And all parts between 1950 and 1990 fit together. This does not apply to parts of parts, by the way. The Ukrainian Dnepr solutions are often just a bit more thoughtful. For example, the gearbox from the MT 9 series has a semi-automatic clutch and a Dnepr block has sliding instead of roller bearings with the associated serious oil pump. The Urals have fine splines on the input side of the gimbal. Those of the Dneprs have coarse teeth. The limited metal quality means that the thin splines often lose the battle against the maximum 36 brute peekaas.

And in fact a Ural rocker arm front fork is a geometric mistake.

Ural brakes have a reputation for never working properly. But hey: braking is for cowards. Dneprs often have a handy handbrake. But there's some weird stuff in that Chang. Here and there the Chinese have tinkered with the dimensions. The wrenching is now necessary because the cardan mounting piece on the rear fork has bolts with a slightly different HoH in height. Dismantling is quick. But for reassembly, two rows of loose needles have to be 'taped in'. And then you just see that on a Sunday my tube with mounting grease is missing. And instinctively it even seems a bit too rough for an old Eastern Bloc to stick the needles in place with ceramic grease.

So on Tuesday I went to Silfhout auto parts in Spankeren to bother Mo again with another minimal order. Fortunately, he keeps smiling.

Fortunately, the seal in the donor cardan was still ZGAN.

Just like the lid gasket. When the bearing needles are glued in, a lot of shim work could still be done to get the contact between the bevel gear and the large gear ring optimal. At least, that's by the book. In practice there is often so much height in the gears that the adjustment is simply done by feel. If the spindle rotates smoothly by hand, then it is good.

But we are not there yet

Tuesday so first to Mo. To score a tube of mounting grease. Plus some AMP plugs with Ø 5 holes to neatly tie the strings to the voltage regulator and the dynamo. And wait and see how my back is by then. 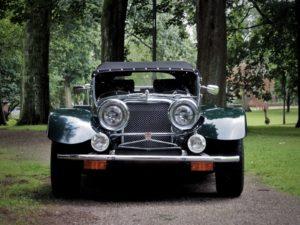