On Wednesday evening, February 22, Helmut Marko, the discoverer of Max Verstappen, is a guest at Eva Jinek. The Austrian is a welcome guest in Formula 1. He is currently an advisor to the Red Bull Racing Formula 1 Team. Marko is the one who promoted Max Verstappen from Toro Rosso to the first team of Red Bull last season, after which Verstappen promptly won a race. Marko has been the Red Bull team chief since 2005

This Sunday the new Red Bull Formula 1 car, the RB 13, will be presented. In this car, Verstappen starts hunting for victories and the world title from next month. The first Formula 1 race will be held in Melbourne on March 26, after which the circus will move to Europe via China and Bahrain.

Helmut Marko is seen alongside father Jos Verstappen as the man behind Max's success. The Austrian himself also wrote history. In 1969 he debuted in the Formula 3. In 1971 he and the Dutch driver Gijs van Lennep won the 24 hour from LeMans in the Porsche 917K. In 1970, Marko had already finished third in Le Mans, taking the class victory. The victory with Van Lennep meant Marko's final breakthrough in the racing world. Marko wanted to make a sounding coin from the newly acquired fame and tried to qualify for the Grand Prix of Germany that same year. In vain, but two weeks later he made his debut in the King's class in his home country of Austria.

In 1972, Marko drove the Targa Florio with an Alfa Romeo Tipo 33. He achieved two great results there. He sharpened the lap record and .... he seized second place. In the meantime Ferrari managed to trap the Austrian, in the run-up to the 1 Formula 1973 World Championship he signed a preliminary contract. During his ninth Formula 1 competition, a splashing stone became fatal to him. During the French GP, a stone landed in the left eye. It led to serious injury and in such a way that Marko had to put an end to his career.

Yet Helmut Marko turned out to be active in motor sport. He established a DTM team and was also manager of Gerhard Berger and Karl Wendlinger. Marko joined Red Bull as a consultant in 1990, to be appointed as team leader of the junior section in 2003. In that capacity he discovered Juan Pablo Montoya, among others. In 2005 he was appointed to his current position: Motorsport chef. And in that capacity he discovered Max Verstappen. 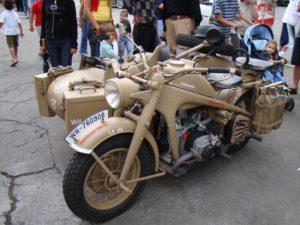 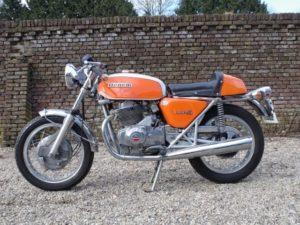