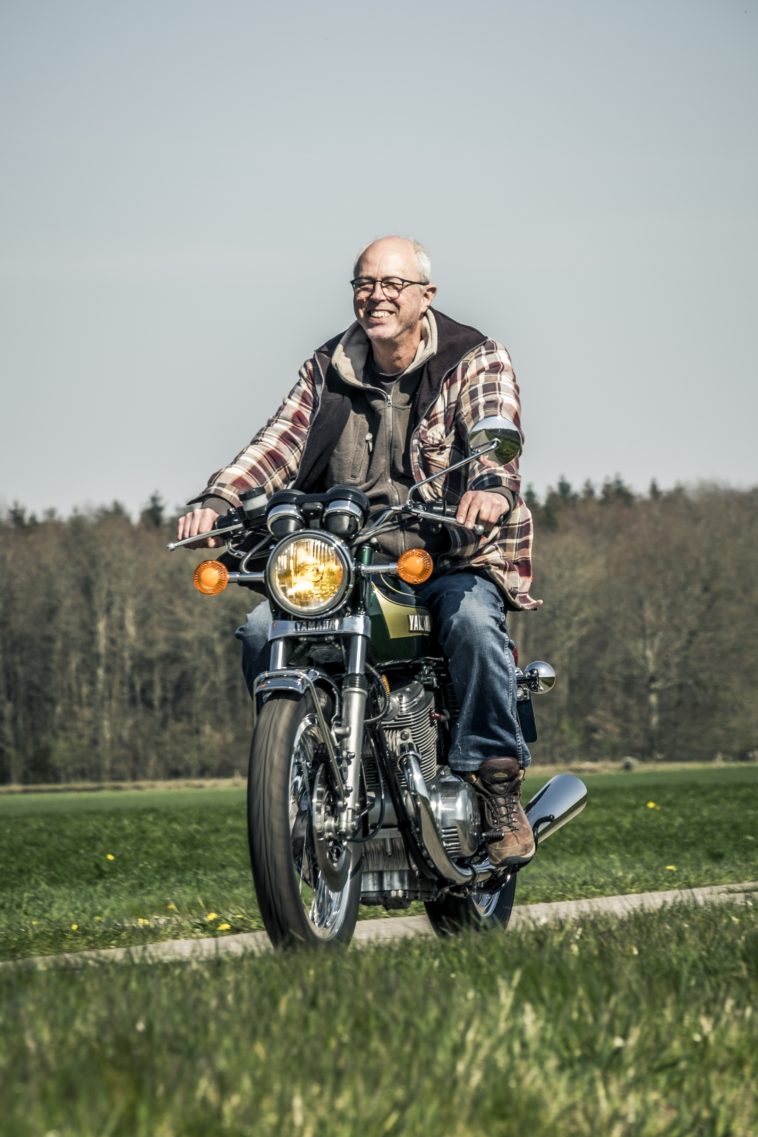 It's after 22.00am and in after XNUMXpm. My phone is pinging its classic ring tone. It is a media expert that asks how long I can hold my stomach and whether I will be free for a photo session on Sunday morning - and maybe a bit of the afternoon. A photo session on some new motorcycle.

The scheduled editor or driver is unable to attend

So whether I can step in. In a previous life I would say 'YES!' have cheered. But in the 2021 motorcycle line up, I have seen very little that makes me happy. The styling and technology of modern motorcycles don't bother me much. To put it mildly. When a manufacturer recently communicated that its engine would be the ideal platform for your smartphone, I dropped out. And I have long declared myself incapable of riding 200 horsepower or so motorcycles. There are some nice Chinese nowadays. But it wasn't even about a 'fun' motorcycle.

You can't live on fun

The second thing to keep in mind as a freelancer is that there is the idea in the market that freelancers don't need money. It is incredible what apparently seriously interested clients have in ideas about rewarding freelancers. So I asked beforehand: "What's that shifting?" Consultations were held on the other end of the line. The phone was passed on. Someone I didn't know introduced himself with "Hi, we have € 100 excluding travel expenses for that."

“Leave it alone”, I advised and clicked the speaker away

Half an hour later there was another call. It was the man I pushed away for that. He could go up to € 250, including mileage allowance. But with a cigar in my head and a glass of whiskey in hand, I didn't really feel like doing business around 11, as in 23.00 p.m. I told him that and I wished him a good evening and good luck. “But don't you realize what we all had to arrange for that photoshoot?” I thought I could make that estimate. But I have a T-shirt with the Words of Wisdom: “Not My Problem”.

Kind of an emergency

The phone rang again to the acquaintance who initially called me, who apparently had something to do with the whole project. He drew the 'we must help each other as friends anyway' card. But I didn't feel like it anymore after previous digital media experiences. Because in the modern media it is too often the case that after work is done you still have to spend a lot of time to get your money. I recently discussed that entire process with two sweet children who made a profile work about automotive journalism for school. My sincere advice was, "Don't start!"

Whether I knew someone ...

Meanwhile, from 'the other end of the line' the question arose whether I might know someone who would be approachable. I said that if € 75 would be transferred I would send a list with three names and telephone numbers. "But is there someone who comes along?" I couldn't guarantee that. I did not receive € 75. But that morning I quietly let the dog out and quietly had breakfast with my Lief. Really on his Sundays ...

And I bless the fact that my 'earnings model' has largely ended up in the classical corner in recent years. Because in that corner are motorcycles (and cars) that I like to get out of bed for on a Sunday morning. And all the people who work in that world are friendly and much less hurried than those digital roadrunners.

Later in the garage…

Sea columns you can read via this link.

More stories about classic engines you can read via this link.