The late Margaret Thatcher, the Iron lady who lifted Britain to lonely height during her premiership could not be counted as one of the best drivers. Automotive manufacturer Austin-Rover launched an appealing publicity stunt by having it arrive at its London official residence - Downing Street number 800 - in the latest Rover 10.

After watching her driving skills, they feared a premature one crash and a new plan was drawn. The car was parked in a side street, the prime minister was led through a decline to the car to take a seat behind the wheel and as if there was nothing wrong with driving to the front door of the aforementioned address. The Austin-Rover people watched things with pinched buttocks. It went well. The massively crowded press photographed the scene while Mrs. Thatcher praised the car ... The Rover 800 was her 'official car' driven by her driver. Nothing wrong with that. 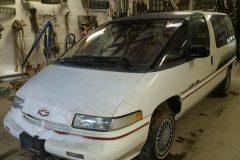