The value of classics is of course also an approach. But then a more modern approach. That vision naturally fits in with the issues of the day that classic prices are only rising. But now buy 'worthless' motorcycles to get rich later?

First, classics deserve to drive. They learned for that. But it seems strange to me. Because from being stored for twenty years, no engine ever gets better.

Whatever the future has to offer, I would not buy youngtimers now, thinking they would pay for my retirement later.

What is funny is the age-old wave movement in prices of classics. From new, to an absolute low point, and then rising again (sometimes suddenly strongly). That happens when a motorcycle is suddenly 'discovered'. Often this is about engines that were once quite revolutionary, the first generations of which were disappointing or that simply weren't worth much because of their massive presence on the market because nobody wanted them. The Ducati Pantahs have also been worth very little for a long time.

There has been a time when you could buy a Yamaha XS 650 for a few hundred euros. There has also been a time when a few visionary men bought as many TX750s as possible. The people who were involved with XS 650 have done a few very good things. The men who bought the TX750 'foam beaters' are still waiting for their supply to return. And that while such a big Yamaha twin is highly collectable in all respects. Currently there is a completely original TX750 for sale for only 3.500 euros.

Prices are unpredictable or unimaginable

There is also a lot of dreamy in the sales side of classics. 13.500 euros for a virtually new Honda CB450 Black Bomber appears to be considerably overrated. And for a Darmah Duc for almost 11 mille, people don't stand in line either.

Fortunately, there are still many real enthusiasts, who go for their dream, and not for an investment process. Those people still gather in the brand or type clubs. And they are also sources of knowledge, experience, addresses and - affordable - parts within the club context. Because together the club members have almost everything. And that is why they have an interest in keeping the party organized and affordable.

Together we are strong

That club happening is important for something else. Motorcycle clubs that are affiliated with FEHAC, the Federation of Historical Automobile and Motorcycle Clubs, pay a small contribution per member. And with that the FEHAC represents our interests. And they must be looked after, because people from The Hague prefer to lose us rather than get rich. Because while Schiphol has unbridled opportunities to put the region in kerosene vapors and fine dust, classic enthusiasts from The Hague get the blame for cheap scoring when it comes to The Whole Environment.

All in all, we, true classic enthusiasts, have a fantastic hobby that doesn't even have to cost a lot of money. But we must not let ourselves be carried away by the issues of the day. And we have to keep a close eye on what the government has bad plans for our classics. 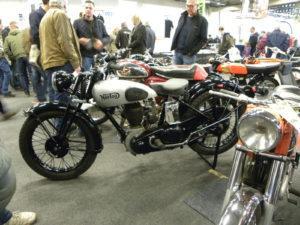 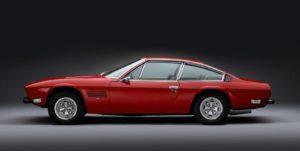