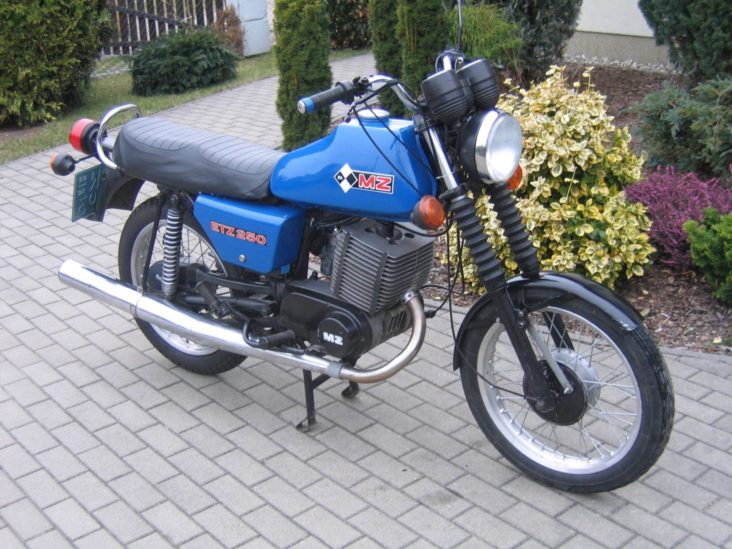 MZ ETZs. Trader in ex-government motorcycles Gerrit Kranenberg knows all about it: “They sold everything for almost nothing. And now they want it back ".

The name for that trend is: "Ostalgie", the nostalgia for the times of the GDR, of East Germany, when life was better for many Germans than after the fall of the Wall. In the early days of freedom, Gerrit bought a huge number of MZs and parts for it. That was at the time that MZ riders M / V were here or farm-burdened student, or some eccentric citizens.

Meanwhile, the MZ ETZs ((Einzylinder-Telegabel-Zentralrohrrahmen) are sought after in the former Eastern bloc and are seriously worth money among Cuban refugees in the States who are also buyers of parts. keep running MZs running.

Here the popularity of the brave-smelling and wonderfully pure-sounding two-character with their meter-long exhaust silencer is slowly rising. And the MZ ETZs are the most usable MZs in that offer and at that demand. The original export models are also equipped with a mixing machine that makes it unnecessary to mix gasoline and oil.

According to his time, the former East German is not a masterpiece of refined design and finish. But such an MZ is a wonderfully dated thing that still doesn't cost much, is cheap and easy to maintain and remains great for everyday use.

Such a classically constructed two-stroke 250 cc single-cylinder is of course no horsepower warehouse. But with a traffic light you are the first to get away with it and with the current traffic image you are also not a moving barrier on the highway. That also becomes different when you attach an officially authorized sidecar to such a motorcycle. Then stay on the secondary roads. And relax. On good, modern tires, the bicycle part is nicely balanced with the possibilities and character of such an MZ. An MZ is not made to plow through the asphalt in the best cornering with the foot rests. But as a pleasant touring bike, it works well. Also in terms of comfort. In his time, the Wildschrei company also made 300 cc sets for these friendly free-range buyers. Later, when the Turkish Kanuni had taken over the MZ two-stroke line, that possibility was also there. The 50 cc extra was mainly appreciated by sidecar drivers.

MZ ETZs are reliable. Certainly now that the surviving specimens are generally provided with better quality, 'western' or Japanese bearings. Disruptions are often small and endearing. A little MZ driver solves them herself. Assume that the piston has a service life of around 30.000 + km. After that there usually has to be an excess. As long as the crankshaft has no axial play (remove the dynamo cover on the right), the bearings are still good. The connection between cylinder and carburetor is susceptible to leakage, making the mixture much too poor. And that degenerates then is a clamper or jammer. Paint and chrome are quite maintenance-sensitive and the items that MZ purchased from suppliers were not all equally good. But with a good battery, western or even more eastern bearings in the wheel hubs and the crankshaft, good spark plugs, a solid indicator light and good rear shock absorbers, such a former 'Genosse' is a great companion.

For a cool to beautiful burger copy, think of prices short at € 2.000. And those prices are rising. 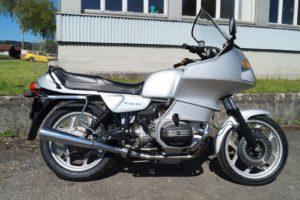 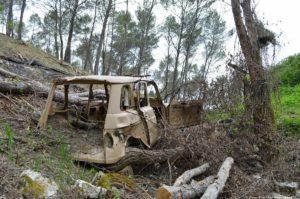