'Ami' means 'friend'. And what is good remains. Or come back. Or marketers have seen bread in it. So the famous Ami van Citroën is also back with a vengeance.

The new Ami is an extremely compact, 100% electric four-wheeler with a proud top speed of 45 km / h and a range of up to 75 km. A new little 'urban hero'. The kind of thing that, in the context of European legislation, is also allowed on the road here, only to be hated by any other road user. Because “45 km / h”. These types of vehicles are sold here to people who cannot obtain a normal driving license due to mental or physical limitations. And through childhood with richer moms and dads.

And then it does not detract from the fact that here in the region one is significantly faster on the road because the owner has mounted a Yamaha LC 350 block. The highly manoeuvrable, two-seater city gate is full of smart details. Because that we had to do without a charging cable in the right door all this time is crazy for words. The battery can be charged in just three hours from the socket. We don't know yet what it will cost here. But in France you have to pay 6900 euros for it.

Progress is fantastic. Especially if you need about five gears for it. And electricity is the future. Until we start running on hydrogen. Until then, we prefer a regular, old or rather classic Ami. With this, you can go much more pleasantly with environmentally friendly fuel consumption than a stone's throw away.

Nevertheless, we prefer the old Ami in all its versions

De Citroën Ami line was launched in 1961 and remained in production until 1979. The Ami 6 was an attempt to narrow the gap between the 2CV and the DS. But for cost reasons, the Ami stayed very close to the Ugly Duck. The basic version had the characteristic 'wrongly sloping' rear window as the Ford Anglia had. The Ami received its appreciation as 'Super Eend', but the market asked for a break / station wagon version. When that version came on the market in 1964, it turned out that the market had not only been nagging. More than 550.000 breaks were sold.

The successor, the Ami 8, was thoroughly redesigned. Apart from minor detail changes, the Ami8 sedan remained unchanged in production from 1969 to 1978, although this from the Ami8 estate was produced until 1979.

Why are they more expensive here than in France? Well, transport alone costs a lot of money. Think of amounts between 500-1.000 euros. And usually many of the Southern European specimens have had a long and quite difficult life. For perfect 2 CVs, more than € 20.000 is already required. And paid. But Ami's and Dyanes? These are still cars that give the same or more driving pleasure. With the Ami's, think of 'from' prices under € 1.000 to much less than half of 2CV prices for the toppers.

And for people who are in a hurry, there is a - of course British - conversion kit to mount a BMW four-valve boxer from 70-115 hp in the front. Also nice.

Of course the real Ami also has a battery 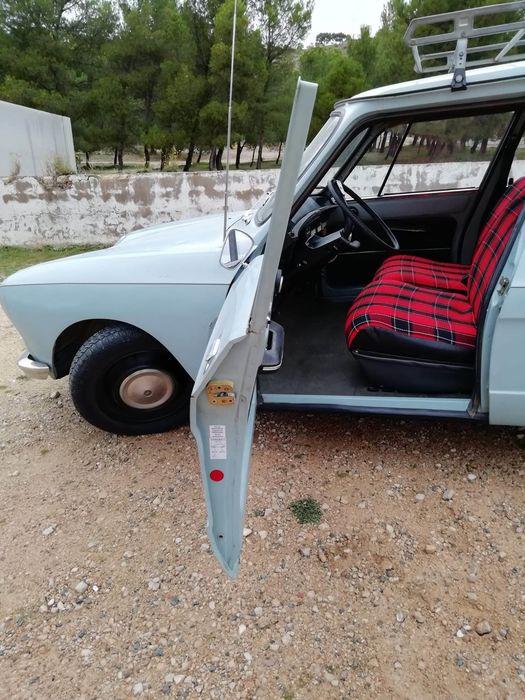