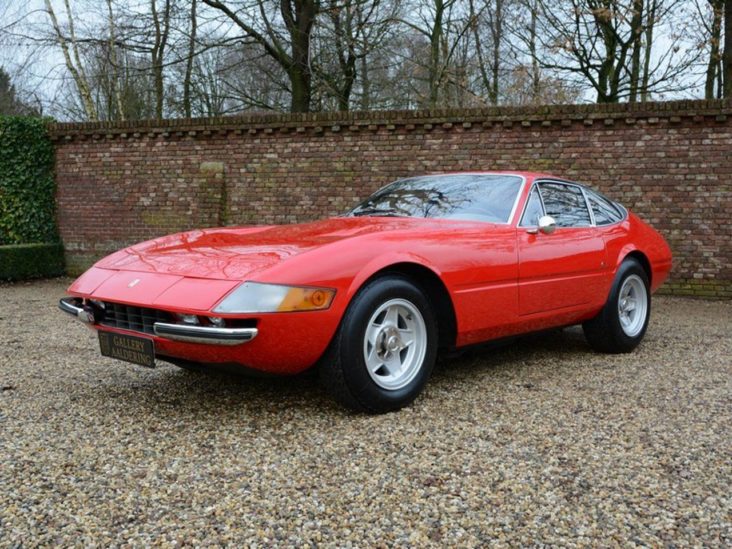 When we talk about the superlative in terms of design and performance, Ferrari stands head and shoulders above the competition. From Ferrari it can justifiably be said that the brand has brought the prestige of the car world to an impressive level. Ferrari turned fantastic sports cars into impressive status symbols and examples of the genius of Italians in design and technology.

And the successes of the Prancing Horse brand in the F1 world with drivers like Schumacher/Todt/Brawn put Ferrari back on its pedestal as the builder of the world's purest competition cars. As a factory driver, technician and later as director of the legendary Alfa  Romeo racing team from the XNUMXs, Enzo Ferrari was already legendary before he started making sports cars under his own name.

The 'Scuderia Ferrari' was created in the 1948s. The first result of his own entrepreneurship was born in 166: the XNUMX MM Touring Barchetta. The Barchetta featured the distinctive ominous grille and hood scoop, styling elements that influenced the entire automotive design right up to the 'XNUMXs.

That concept evolved in the 'Superamerica' Ferraris with their V1 engines designed for Formula 12 racing in the XNUMXs. Designed by the charismatic, legendary Battista 'Pinin' (little one) Farina and his son Sergio, the Superamerica was designed and built for the American market at the request of the American Ferrari importer Luigi Chinetti. Until the XNUMXs, American importers had a lot to cope with with exclusive European brands. Ducati's 'Apollo' project proved that this approach was not always successful.

But Chinetti was right

In 1956, the Superamerica was globally the recognized leader in the exclusive sports car segment. He even stood head and shoulders above the already priceless Mercedes 300 SL. From under the hood, first 340- and 1958 horses were roaring in the 59-400 models. Only in terms of cleanliness did the competitors walk side by side, although tastes differ. The 410 Superamerica was also at a unique price level: The proud buyer had to pay $ 16.800 for this purebred horse. A Mercedes-Benz Gullwing cost 'only' $ 6.995, - For information: At the Superamirica's presentation, the average gross annual wage in the US was A $ 5.200, -

In the sixties the Superamericas paved the way for the now legendary GT (Gran Turismo or Grand Touring) models and in 1968 Ferrari presented one of the most fantastic cars of all time: the 365 GTB / 4 Daytona. That car was designed to knock the Lamborghini Muira in all areas of the throne. The new body, drawn by Pininfarina, no longer had the oval grille that was characteristic of Ferrari until then. The nose of the 365 was now one smooth unit in which air intake, headlights and bumper were forged into a unique unit. Globally, this design continued to inspire car designers for forty years after the unveiling of The Great Example. The customer was impressed, but not yet satisfied: Of course, a convertible version had to come!

Powered by a new 352 horsepower 4,4 liter V12 that inhaled through six Weber carburettors and gave the Ferrari a top speed of 280 km / h, the Daytona versions (1968-1973) became the most popular Ferraris with the engine block in the forecastle. Of course, after the Daytonas, Ferrari has built a lot of great sports cars, including the classic 308 GTB, the Modena and the Enzo. But perhaps the F-40 is the only model that can rival in looks, technology and looks when it comes to epitomizing everything Ferrari stands for. 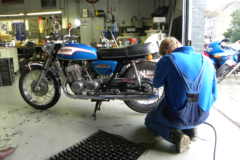 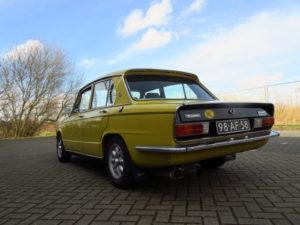 - Request a sample number
- This is in the current issue
- Register your classic
- Our options for companies
- inform about a change of address
- Are you organizing an event?
- Interesting events
- Vintage cars for sale
- Complete overview of oldtimers and youngtmers at AMK
Auto Motor Klassiek is a monthly issue about classic cars and motorbikes. With the most comprehensive section every month vintage cars for sale, all the news you can imagine and interesting articles about classic cars and motorcycles, practice and technology. Single issues cost € 5,99. A subscription costs only € 49,50 per year. Subscribers are almost € 23 cheaper per year. In addition, as a subscriber you can advertise for free (see conditions) and you have Auto Motor Klassiek almost a week earlier in the house.
This site is protected by reCAPTCHA and the Google Privacy Policy and Terms of Service apply.