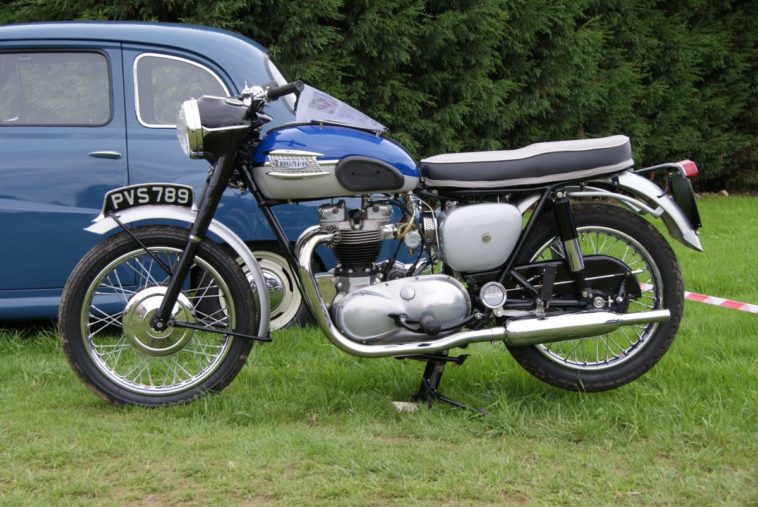 The village I once came from was really just one attraction. And that was a young woman who had one Triumph Thunderbird was driving. It was a long time before I became interested in old bikes and young women, but the hum of the twin still buzzes in my memory on nice days.

Such an early T-bird was actually dated

It had a rigid rear frame. Such a frame still gives the most beautiful line to a classic. But is bad for the back and kidneys of the M / F rider. Because Edward Turner was not only a genius, and quite crazy, but also on the badge, he came up with an inexpensive way to Triumphs modern spring comfort: the springy rear hub. The most modern thing about it was that it was the first engine part of all time with a warning text on a part. And that was right. Because with improper tinkering, the biased spring could jump mercilessly. I have known someone who got a hole in the mezzanine of his garage plus the shock of his life when such a spring chose freedom.

Driving technique was also not good with the about 5 cm of suspension delivering hub. Frank Baker, the head of the development department of Triumph, Turner tried to convince him that this solution would be bad for road handling and even dangerous. Unfortunately, Turner merely listened to his own opinions.

Turner had the idea to make his plan public in 1940.

But something came up. And after WWII the hub was actually already dated. In addition, the system was really just a bad system. It hardly prevented back pain. In 1955 the party was over. Now is such Triumph with desirable rear hub desirable again. As the most beautiful rarity imaginable.

De Triumph Thunderbird that we encountered when purchasing some parts from Joost from JV Motors from Zwartsluis has such a sprung hub, and it looks fantastic. Cartoonist Hergé was famous for his clear line, but this one Triumph has the same genes. If you compare this machine to the plastic barbed suppositories that are sold as motorcycles today. Then you can only sigh that things were actually made in the past that are more beautiful than the current products. Products or 'platforms for your Smartphone' as we recently heard promoting a motorcycle.

On September 20, 1949, the Triumph 6T 650 cc Thunderbird presented. The engine was designed by Turner and developed by Jack Wickes. The presentation was special: three Triumph Thunderbirds drove 500 miles at an average speed of 145 km/h on the Montlhéry circuit. The 6T was based on the 5T, but increased to 650cc to meet the urgent need, or say 'demand' of the US export market. A rock-solid selling point was that this engine could hit “one ton” (100 miles per hour). A celebration that was very popular with the 'ton boys' and which caused quite a few accidents among the cafe racers. The Triumph Thunderbird also became a popular machine for police forces.

And so that girl

Later I heard from the ex-owner of the machine that she had come back to him and asked if it was bad if a motorcycle got very wet. How about wet then? Well… During a fast ride along the Vecht she had flown out of the bend. The Triumph Thunderbird was standing in a meter of water. But it all worked out. 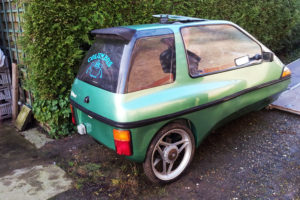 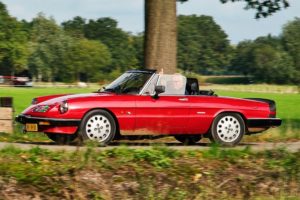