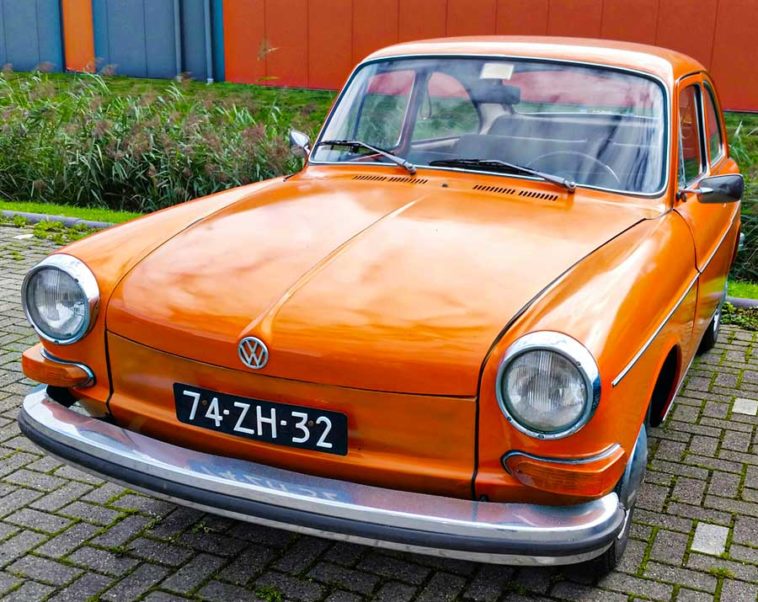 If you regularly browse around, you will sometimes find a beautiful classic among all the modern tin, such as this air-cooled Volkswagen 1600 fastback from the 70s. Because it had been standing in the same place at a garage for several weeks, interest was aroused once to ask about the background of this classic VW.

Contact was made with the owner, who was only able to say that the car had been purchased in 1985 - just as an old car. The son of the house was more charmed by a VW Golf, so that the car was simply put away after some cosmetic adjustments. We often think that owners of special classics propagate their passion, but that it can also show that everyone experiences it in their own way. They preferred not to mention names, but they did give the opportunity to take pictures and then publish them for real enthusiasts. Also because the car is currently being used - occasionally - and is therefore visible again in today's traffic.

We would like to put our passion into 'words' to describe this Volkswagen 1600 fastback. It is a practical and efficient car that is still beautiful to look at. There is plenty of space under the continuous roof. The storage space in the back is generous, where of course the well-known solid VW engine also takes its place. Actually, this VW Fastback has two luggage compartments, there is also enough space in the front, so an extra advantage.

The air-cooled Volkswagens are still popular, and in its time this 1500/1600 series was an important car for the concern. With this beautiful VW 1600 fastback you can clearly see that a face lift has been carried out. The profiled bumpers and the larger rear lights give a completely different look than the previous model. The 'stem' not only became longer but also steeper, the VW emblem was now more clearly on the nose. In this way, the family has made a small contribution to the present and VW past and we can be satisfied with that.