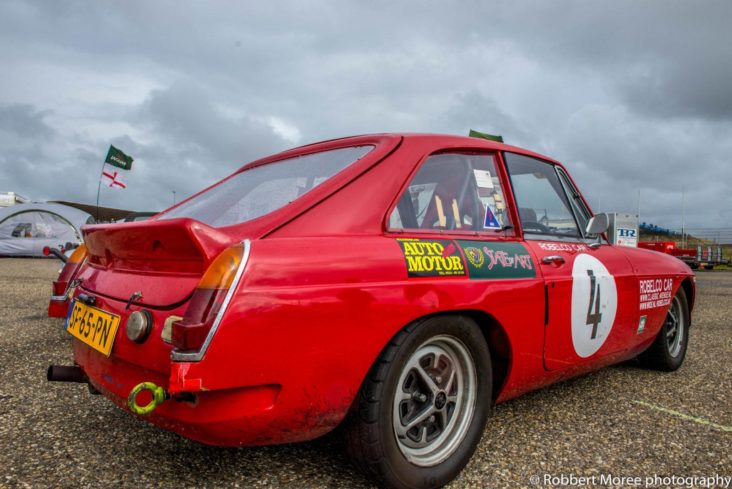 Sun and rain, mini and maxi, Post-War and Pre-War, something for everyone during the British Race weekend in Zandvoort. AMK went to see what was going on on Sunday. Enough for a few pleasant hours.

And then I want to go to the British racing weekend at Zandvoort on Sunday. The weather forecasts are rather ominous. Still I moved the Jaguar (after all we are going to a British party) towards Zandvoort. It is dry on arrival and still relatively quiet. It will stay that way. Many people may have been put off by the weather and some were unaware of it. One of the points of improvement for the British weekend. In addition, there may be more fun races to be. For example with the Austin A35, or with MGs. We now enjoy the Mini race. In the beginning they have to warm up for a while, but then they get out of bed like it's called. Really at the cutting edge. We see the race with the somewhat heavier XJSs in the rain, which means sliders and more cautious driving.

Or could it be the presence of the hilarious Brexit are signs at the entrance that keeps people away? "You are leaving the European Union". Very fond of the organization!

The presence of the Pre-war car club is really a welcome addition. What an enthusiastic owners and what wonderful cars that are anyway. A lot of character, I will say. Still, many drove the laps without problems. It's great that the HARC takes passengers on the circuit for a fee and spends the proceeds on a good cause.

The original is also very Competition every day. The often rather chic Concours d'elegance is a bit of a fool. Nice participants. I saw an Opel Commodore, a Rover P6, a Rover SG1, a Glider and more. The winner is too fast for me, but a Jaguar XJ series 1 takes the second prize. In a Mercedes 200D a lady sat quietly crocheting. The slowing down of such a car is really legendary.

And then one of those other points that could be even better; the numbers of cars of the brand clubs and the stands with real British stuff. Unfortunately, the latter was completely missing, but it also seemed quieter in terms of brand clubs than last year. There were some TVRs and Reliants, a number of Minis, two Rolls Royces, a few Aston Martins, and that is the less organized part. The MG club was well present and the Triumph I saw a broader representation together with the Jaguar Daimler club. Perhaps the worse weather forecast is also the culprit here? Nice to see an MGB GT with AMK stickers there.

All in all, the British racing weekend has enough potential to grow into something beautiful. AMK enjoyed the British cars and the race with the Mini's and Jaguars to the full, with the pre-war cars as the icing on the pudding. 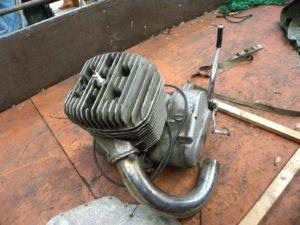