In 1968, the Fiat 124 SportSpider makes its debut within the international competition field. In those years, Fiat's racing activities are at a level where private drivers can have their car modified by the manufacturer. Despite this low threshold, Fiat recognizes the competition potential of the existing concepts. Things are being tackled energetically. In 1972 it results in the first highlight. Fiat's in-house tuner Abarth puts his signature on the particularly potent Abarth 124 Rally, which technically meets the international 'Group 4' specifications.

The 1756 cc engine from the Fiat 132 is the easy to adapt basic engine in this Fiat built for rally purposes. In the standard version, the engine in the Abarth delivers 128 HP. To stick with the standard engine: 2 double Weber 44IDF carburettors provide an appealing mixture.

The standard version accelerates to a top speed of 195 kilometers per hour and produces a maximum torque of 160 Nm, which the speed-happy engine only delivers at 5.200 rpm. The combustion gases are discharged through a sporty Abarth exhaust with dual output. The chassis also has the necessary adjustments. At the rear, the independent Chapman suspension is used, inspired by the Mac Pherson system. A mechanical barrier must guide the driving forces in the right direction. At the front, the double wishbones were equipped with jet arms.

With the use of a hard top with roll cage (safety and rigidity) and aluminum doors, polyester bonnet and trunk lid (weight saving) as well as CD 30 rims made of magnesium, the body is also made performance-ready. The typical seventies color application with matte black accents gives the Abarth 124 Rally its own face. An adapted interior, sporty bucket seats, a sports steering wheel, a bumperless front and rear and independent wheel suspension at the front and rear give the top piece an extra sporty character. The technical configuration of the Abarth 124 Rally makes the sports fan too brutal for street use, according to journalists and intimates.

Due to the initially planned production of 400 units, the SportSpider icon meets the homologation requirement. That is not without consequences. The Abarth 124 Rally is successfully used in the renowned international WRC rallies. In the 1973, 1974 and 1975 seasons, the Fiat factory team achieved an impressive second place in the overall standings with the “Abarth 124 Rally”. The performances of Achim Warmbold, Rauno Aaltonen, Markku Alen, Rafaelle Pinto, Alcide Paganelli, Hannu Mikula and Maurizio Verini contribute to the podium places in those years.

Fiat also climbed the highest step of the European podium in those years. During that period, the Abarth 124 Rally used for competition purposes evolves. For the 1975 season, the manufacturer uses the 16-valve power unit with a mechanical injection from Kugelfischer for competition purposes. It generates a power of 210 HP. The capabilities of the earlier competition versions were also significantly higher compared to the street versions.

Replaced by another legend

The Fiat Abarth 124 Rally is eventually replaced by the legendary Fiat 131 Abarth. In total, the Abarth version of the Fiat 124 SportSpider up to and including the production stop in 1975 is being built in an edition of 1.017 units. Thirty of them were reserved for competition purposes, the rest were sold through dealers as "Stradalversion". That is special for a car, which was developed especially for competitive driving. 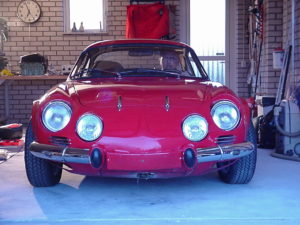