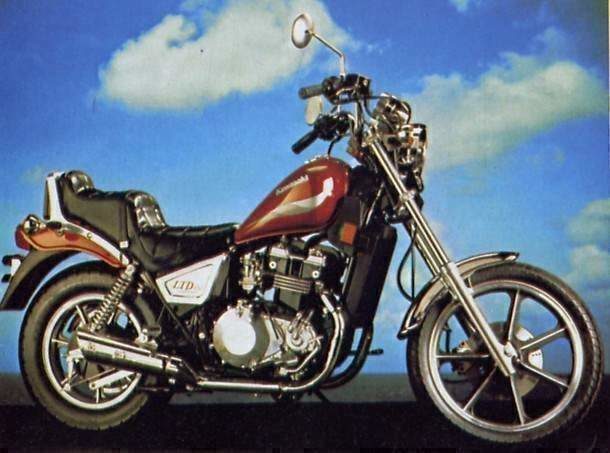 Maybe because it was Kawasaki's second attempt - the CSR 305 cc 'chopper' - to put a chopper-like on the market? Kawa may have been genetically sporty, but the Japanese did see the enormous (American) market potential for the Gerelaxte Rijden.

We had successfully repressed the 'Limiteds'. From the first confrontations. The Kawas didn't even resemble Harley's. They didn't look like anything. The 454 cc liquid-cooled, standing twin with its crankshafts at 180 degrees delivered 50 hp at 9500 rpm and 41 Nm at 8000 rpm also doesn't have the real big twin character. The fact that the Kawa does not have six gears either. The first gear, by the way, was completely useless. By the way: Liquid cooling therefore required a radiator. It's in front of the block. Very in the way of the exhaust bends. Both of which are therefore provided with an unlikely S-turn. For the time being, the low seat height of 70 cm and the secondary transmission by means of a toothed belt seemed to be the biggest pluses.

You get the relaxed chopper sitting position on a Limited by almost lying on your back with your feet on the forward controls. That sounds more comfortable than it is.

Still, quite a few Kawasaki LTD 450s have been sold. The machines were not too expensive either. That will have made a difference. But time goes by and the market started to realize what a strange-looking pastry such a custom Kawaatje was. So end Kawasaki LTD 450.

The machines that were sold had often ended up with dear, good and civilian owners of M / V. They were neatly ridden, made few kilometers, were maintained according to the book and almost never had a hard living-work. They slept hot and dry. Under flannel cloths or something.

With the current price picture in the classic world where even Jawas and Urals are being charged and paid for, the Kawasaki LTD 450 is an exception. On a number of important aspects, he meets the requirements that a serious classic is supposed to meet. Yet such a Kawa twin is now actually worth nothing. One was recently given away here to a thirteen-year-old with cross ambitions. And that was because the very neat thing could not be wasted for an 200 euro.

If you look at it with the eyes of today, then that is understandable. Such a Kawasaki LTD 450 has never been 'beautiful'. The proportions are incorrect. The line is crowded. The Kawasaki LTD 450 has at most the characteristic clumsy styling of early Japanese customs. Possibly, now, including the forward controls, it can be experienced as endearing. The 140 mm thick rear tire may provide some extra toughness points. But it does stop there.

In the meantime, such a Kawasaki LTD 450 remains a good moped to steer quietly over a not too wildly swinging dike road. Then you can drive quite satisfactorily and the chance that you will be seen / recognized by many people is negligible.

If you dismantle and replace the ugly things like the saddle and the aluminum bracket behind it, such a Kawasaki LTD 450 might be a nice non-budget starting point for the new generation of motorcycle enthusiasts. There is quite a nice bobber out of it. 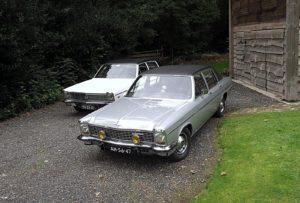 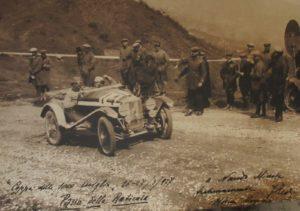