Briefly, the Soviets scored a pair of BMW R1939s in 71. They copied them and they became the already seriously appreciated M72s. When the 'Russians' got tired of the idea, the former German concept moved to China. There it was renamed Chang (Or 'Xiang') Jiang. Named after the Yangtze River, Blue River or Chang Jiang, the longest river in Asia and the third in length in the world, after the Amazon in South America and the Nile in Africa.

The brand was built until 2008 by Dong Tian Enterprise Co. Ltd. in Hangzhou. Chang Jiang side valves (also spelled Xiang Jiang) were complete copies of the first Ural engines. The Chang Jiang was the engine that mechanized the People's Liberation Army. A total of about 1,2 million were made until production stopped in 2007. The model has not really changed in all these years. Later Changs were outrageously shameless copies of the BMW OHVs. Later, they sometimes became very ugly in government service.

The government as a customer

An important purchaser of the Chang Jiang engines were (and are) the Chinese police and defense. Tens of thousands of motorcycles play an important role in the defense of the country. The CJs were equipped with machine guns, missile launchers and served as an infantry vehicle. The 4-seater CJ (two saddles and a duo sidecar) was a fairly common model. The CJs turned out to be indestructible and in combination with endless warehouses full of parts, China can still go for decades with this classic. The side valves are also here, refurbished, but delivered on 'old' Chinese registration. And with the right approach you have good classics. And that such a side valve can run 1 in 12?

Later Changs - think of the mid-eighties - were optically jubilant copies of the BMW R75 / 5 OHVs. However, the blocks were clearly different and actually based on the previous generation of BMWs. For example, they still had the high-lying camshafts of those machines. It is also possible that the technology had its roots in that of the Dneprs who had already left the side valve range earlier. The engines started their life in 6 V version and were rated for approximately 30 hp. Around 1980 the on-board voltage became 12 volts. A starter motor came on board.

The OHVs got quite a bit of plastic sheet metal at one point. In the meantime, production of the side valves continued as usual. As China opened up more, the Changs were discovered by expats and a mild cult formation started, all the more because quite a few of those people took their assets back home after their employment ended.

The OHVs have not yet been discovered

Where the side valves are now appreciated as classics, the OHVs are mainly seen here as 'weird'. The offer is small. The prices are low (the photo model is for sale in Arnhem with a German 'Brief' with an asking price of € 750). The parts supply for the side valves is fine. Those of the OHV marginal. There is something to be found in Germany. There is enough in China. But doing business in this segment is covered by the law on games of chance.

So whether € 750 is a lot or a little for such a unique classic? 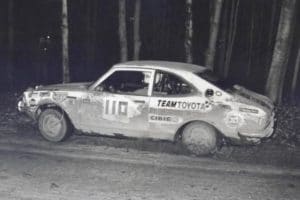