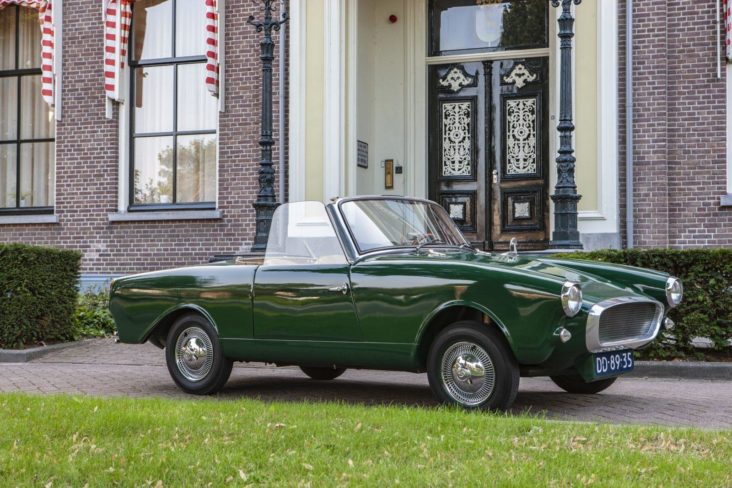 During the 1950s, various manufacturers worked on a new form of small-scale mobility. The dwarf car experienced a strong advance. Designs, constructions and concepts set sail from various European regions for the traveler, who wanted to push the boundaries further and more comfortably. Attempts were also made in the Netherlands to gain a foothold in this market. One of them led to the development of the Citeria, a small sports car with BMW technology.
Financial malpractice led to production breaking. That is why exactly one production-ready copy of the Citeria was built. That is now in Frisian hands.

The build-up to the construction of this unique trolley was long. The Dutch importer Puck van Beekum had previously had business experiences with cars in the dwarf segment (Belcar), but had come home from a cold fair. Yet he decided - together with Han van der Blij - to use a new asset. A new sports car was developed, and a prototype was first built for this. The tubular chassis developed by Van der Blij borrowed this and it was fitted with a plastic body and a two-stroke ROTAX. The first prototype was ready, but after the necessary test laps offered room for adjustments.

Van der Blij developed a new chassis, and that now offered space for the two-cylinder boxer engine from a brand new BMW 600. A number of chassis parts of the same BMW were also installed. The Bavarian manufacturer offered extensive support in the development of the Citeria, but the Germans never concluded an agreement with Van Beekum. The Citeria also received a chassis with wheels independently suspended from triangles, coil springs at the front, leaf springs at the rear and telescopic shock absorbers all around. The car was delayed thanks to four drum brakes.

Slowly but surely the Citeria took shape. There were now two prototypes. The ROTAX prototype and concept with the BMW 600 engine, which had received a power boost (from 23 to 30 HP) due to the use of a second carburetor. Remarkably, the handling of the first design, partly due to the application of the engine in the middle, was considered much better. Nevertheless, the choice was made to combine the now modified polyester coach with the second chassis, with the BMW engine behind the rear axle. The power source was coupled to a fully synchronized four-speed gearbox.

In November 1958, the Citeria was presented at the Zandvoort circuit. In the fairly long run-up to the launch, the trolley had already caused a lot of fuss, now those present could experience the result. One of those present was Carel Godin de Beaufort, who gave a demonstration with the car. The Citeria was well received. He was positioned as a sports car by the founder, Mr. Van Beekum. The press added that the Citeria could also be considered a luxury coupe. The cart was pretty complete. For the hefty price of 7.450 guilder, it was supplied with a hardtop and a linen cap. Furthermore, an adjustable driver's seat, a clock, luggage bags in the side walls, heating and an air exchange system were part of the standard equipment.

Press enthusiastic, but Citeria is a day fly

The press expressed the wish that the Citeria would last a longer life, and therefore be taken into series production. Although the hardtop structure was considered too high in relation to the rest of the polyester body, the car introduced had sufficient appeal to charm the historic journal. That press wish became the father of a thought, because while the Citeria had had the baptism of fire, the manufacturer turned out to be in serious financial trouble. Financial documents were forged to keep their heads above water. When this came to light, the company went bankrupt. The household effects were sold to a dismantling company in Delft. And that meant that the two prototypes of the Citeria were given a different purpose. The ROTAX prototype was dismantled, but the production was ready Zandvoort Citeria circuit was sold to a gentleman in 't Gooi.

The only specimen in the world in Frisian hands

That specimen was given a unique position as the only Citeria in the world. Today the trolley has a nice place in the showroom of Garage Cats in Witmarsum. They took over the Citeria more than ten years ago, and recently demonstrated the car in Leeuwarden during CLASSICSNL 2018. We immediately recognized the unique story of this Citeria, and recently made a visual report of this Dutch car and the owners. We can already tell you that it will be a story with a lot of background information and unique material. A story that you in one of the following Auto Motor Klassiek read expenses.

With special thanks to Garage Cats, Witmarsum and Richard de Jonge of Klik & Co in Sneek

Photo credits: all photos were taken by Richard de Jonge of Klik & Co in Sneek 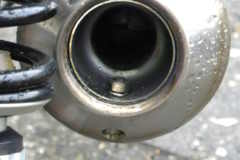